Hannah is my sister. My name's Sarah. Hannah is basically the younger, thinner, hotter version of me and my husband is desperate to fuck her. He confessed it to me. He sat me down and looked me in the eyes before saying. "Sarah. Sweetheart, I love you so much, which is why I have to tell you something. I... I've been fantasising about sleeping with Hannah." I remember how my brain fluttered from lack of surprise to a kind of deep throbbing pain. I mean let's face it, just about every married woman knows her man thanks about other women. Even her friends or relatives. Most men keep it to themselves though, at least maintaining the illusion that I'm all the woman he needs.

No. I told myself this was better, he was being honest and honesty was the mortar holding our relationship together. I took his hand and thanked him for telling me. He looked so relieved and pathetic, it actually annoyed me more than anything else. How dare he be the vulnerable one here?! I put that out if my mind however. We had a nice quiet dinner and then early to bed. About an hour after drifting off I felt Daniel's cock nestling between my arse cheeks. You'd think his admission would have kept him at bay for the night but he always was a horny bastard. Before I could say or do anything his hand was on my breast, caressing slowly before pulling my thin tank top to the side and freeing my boob. Then he was mauling my tits, pulling on my nipples and making hungry groans while precum leaked from his tip and down my buttcheeks.

"You think you deserve that?" I asked quietly. He stopped for a moment, a long quiet moment. Then he picked up right where he left off, his hands greedily fondling my chest while his cock grinded between my cheeks. In spite of everything he was winning me over, my legs began to part and before I knew it his rigid member was sliding up and down the moist entrance to my body. It felt so good to feel the head if his cock against my smooth pussy lips, brushing over my clit evey now and then. The fucker had done it, I was needy now. "What are you waiting for? Get him inside me!" I panted. He didn't need a second invitation. A second later I was impaled on my husband's thick, pulsating dick as his hands left my breasts and found my neck, assertively taking control of my breathing as he slowly ground himself deeper into the warmth of my cunt. God he had a wonderful dick, just the right length and so thick it always hit the spot.

I had to get myself off, even if it was just to spite him. I tried to imagine his brother, John as I flicked at my bean but he just wasn't my type. While I was still thinking I didn't realise that the bathroom door had opened. My eyes were closed as I remembered an old boyfriend and began to rub harder. Breathing deeply as the pleasure intensified I felt a sudden chill, my eyes shot open to find that Daniel was in the shower with me, still naked and his cock hard as a rock. "Get the fuck out!" My anger flared as I saw him again, his gorgeous cock taunting me. "Sarah, please calm down. I need this, it's like therapy. I need to get her out of my system." I wanted to punch him but a part of me also wanted to bend over and take him deep into my dripping pussy. I went with my first instinct though, my left hand shooting out to shove him against the tiles. "Get out!"

He didn't get out though, he just moved closer again before saying. "Hannah, be quiet, we don't want to wake Sarah." I can't believe he just said..."are you fucking nuts?!" I spat out. But he ignored me and just went on. "You're such a naughty slut Hannah, sending me all those naked pictures. Now here we are, I'm going to punish you Hannah." He was really scaring me now. I backed away but soon hit the tiles as he advanced on me. "Get on your knees Hannah." Shaking my head I screamed "who the hell are you?!" Just as his hands went to my shoulders and forced me down. my knees were weak and my body offered little resistance. "You're a filthy little cocktease Hannah, seducing your sisters husband is a very naughty things to do." He said with a grin. God he looked fucking insane, where had my husband gone?

Then his cock was in my face as his hands went to my hair, gripping so hard I couldn't help but shriek from the pain. As my mouth opened his cock slid in, he pushed every inch inside on the first thrust, making me gag horribly. This was a sign of what was to come, as he proceeded to fuck my face as hard and fast as he could. The wet smacking sounds just about rising over the running water. In between my choking and his groans of pleasure I began to wretch, his cock was so far down my throat it forced me to heave. I brought up some thick, clear liquid that gushed all over his cock and all down my body, before being almost instantly washed away by the shower. He pulled out after that and laughed before saying. "Who knew such a pretty girl could he such a slut."

My head was spinning. My husband was out of his mind and my body was reeling from the abuse. I tried to crawl from the shower but was only half way out when he caught me by the waist. I fell face first into the bathroom mat as he hoisted my hips upward and pressed the tip of his meat against my arsehole. "Sarah would never let me fuck her in the arse, but you will won't you Hannah. Yes you're a good little home wrecking slut." Then he jolted forward and invaded my virgin arsehole with his veiny weapon. Forcefully stretched in the most brutal way, I couldn't help crying out in pain. "Yes bitch! Scream for me, Hannah!" He then slapped my arse so hard that the pain of it momentarily eclipsed the pain his rod was causing inside me. Between sobs and shrieks I tried pleading. "Please Daniel...please s.s..stop." but it was no good. He was a man possessed and I was his new toy, the one he'd always wanted.

Sometime later my backside had grown used to the girth, having stretched to accommodate his invading cock the pain eventually subsided but the shame remained. He came in my arse not long after, filling me up before pulling out and letting his seed ooze down my thighs while I cried into the mat. He left me like that all night.

I woke up the next morning, sore and rattled, wondering if I should be heading for the door screaming for help. Whilst wondering what he had planned next, I found a robe in the washing basket and threw it on before tentatively heading downstairs. That's when I saw him. Clean shaved and dressed for some kind of occasion. He looked up smiled before saying. "Sarah? you look a mess, you need to get ready for lunch at your mother's remember? Your sister will be there."

The smile that crept across his face as he said it chilled me to the bone. "Yes Daniel, I'll get ready."

You have to login or register to post on this wall! 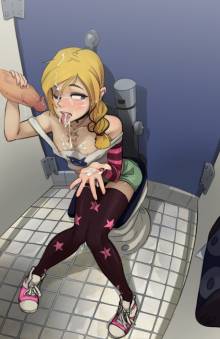